A lot of children go through a phase of hesitant speech. They may be trying to find the right word, but lack the vocabulary to express what they want to say. This phase of insecurity and hesitant speech is usually outgrown by the age of six or seven and most likely there is no need to do anything else but for being supportive.

Stuttering can be passed on – most commonly from father to son and there may be other, secondary behaviours like involuntary movements of the hands or the head. In short there is a whole scala of interrelated issues, that will differ for each individual.

Even though there may be a genetic component, this does not mean that nothing can be done. Breath control, speech therapy and Listening Training can all help.

There are also forms of stuttering as a ‘by-product’ of something else. For instance when stuttering occurs after a stroke or any other forms of brain injury. Or as a result of severe stress.

The added benefit of doing Listening Training besides the various other forms of therapy and assistence is the fact that it not only helps on a physiological level by strengthening the neural connections but also deals with possible underlying causes that we may not be aware of and are unable to test or even trace. 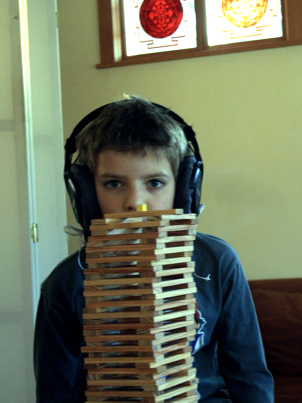 Someone who stutters generally feels vulnerable. He/she may even want to avoid being with people in situations where talking is called for, and refuse to go to a therapist.

In that respect it may be wise to begin with Listening Training, even before starting speech therapy, or do both simultaneously. Building the confidence to take on the therapy makes the whole process go faster.

However, there are also forms of stuttering that may not so easily move out of the way. For instance when stuttering occurs after a stroke or any other forms of brain injury. Or as a result of severe stress.