Listening Training is an effective method of using music and sound to influence and eventually strengthen our brain functions with specific and repeated stimulation, based on a concept known as neuro-plasticity. Brain plasticity in combination with the lifelong achievements of Prof.Dr. Alfred Tomatis, and those who followed in his footsteps.

Doing Listening Training has an effect on how we interpret events, and how our mind and body react to stress. It has also made it easier to retain memories, learn languages, and improve in creative endeavours.

Sound stimulation is received by more parts of the brain than any other sensory input. One of the parts affected is the limbic system, which plays a major role in our emotional well-being. By expanding our perception and interpretation of sound, we automatically strengthen as well as create new neural pathways which results in a different awareness of ourselves as well as the world around us.

Great advances have been seen in the development of autistic children, some even learning to speak after having been unable to do so all their lives. These changes generally do not happen overnight but are part of a gradual process. Yet this method has produced measurable effect in weeks, even days.

Just as we all have different fingerprints, we also have our own characteristic way of filtering out what we do not want to hear or concentrate upon. We may hear, but we won’t actually be listening. 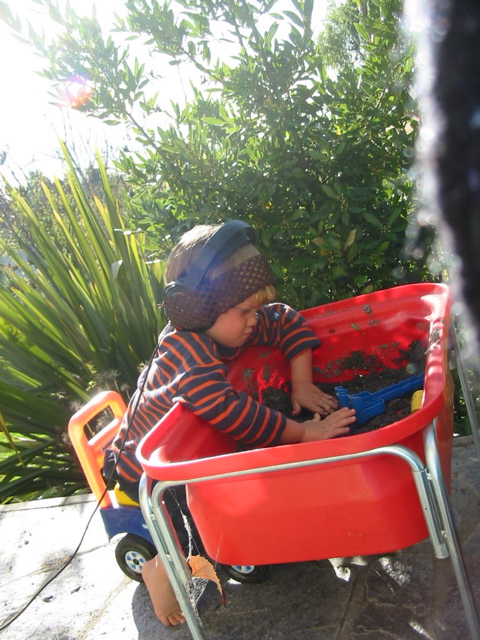 Listening deals with perception; with being able to focus, pay attention, and having an inner willingness to communicate. Besides this more psychological component, there is a physiological level to the process. The ear controls our posture and sense of balance. In fact, every tiny muscle in your body is connected to both sides of your vestibular system, your ear.

Nearly all cranial nerves – the optic nerve, the oculomotor nerve, the vagus nerve – are also connected or interrelated. Thus vision, breathing, heart rate, digestion as well as many other bodily functions can be affected by this primary sensory organ, the one that is the first to be fully developed and the last to go.