The first hint of what now is called the Mozart Effect emerged from early efforts to model brain activities. In 1988, neurobiologist Gordon Shaw and his student Xiaodan Ling noted during a computer simulations that there were patterns of neurons that fire in sequences and rhythms. They decided to turn the output of the simulation into sound rather than the conventional printout. To their surprise, these patterns sounded like music.

Shaw then started reversing the process, thinking that music might somehow ‘prime’ the brain by activating similar firing patterns of nerve clusters. He started to experiment – and there was no turning back from there. Scientists from all over the world have found evidence that music does indeed influence the functioning of our brain.

“Undeniably, there is a biology of music. There is no question that there is specialisation within the human brain for the processing of music. Music is a biological part of life, just as art is an aesthetic part of human life”. 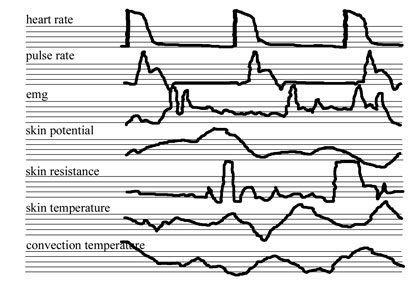 Music is said to:

From the work of Tomatis, we can conclude that:

The Proof is in the Pudding

The Toronto Listening Centre recorded a study of 400 children and adolescents who had a history of learning problems, as well as a pattern of underachievement. Their parents saw improvement in various areas:

In the follow-up which took place half a year later, 83% had maintained the above improvements and/or gained even more positive effects. An additional 145 of the initial 400 testees had maintained some of the gains. Only 3% maintained none of the benefits.

A meta study published in 1999 by Tim Gilmore, based on 231 children with learning problems, showed significant improvement of:

This study was based on the result in centres in Toronto’s Tomatis Centre, a study done at University of Ontario where Dr. ByronRourke studied 25 children with learning disabilities over a period of one year; a study done at the North Shore University Hospital by Dr. Barbara Wilson who followed 26 children with very poor language skills over a period of 9 months; a study done at the Ontario Institute for Studies in Education, who followed 32 children between eight and twelve who were clearly underachieving; and a study by Peter Mould, Chief remedial teacher of Brickwall House in East Sussex, who spent two years following a group of severely dyslexic boys between 10 and 15 years of age. For more details of this research visit www.tomatis.com.

Another Canadian research summed up the following benefits:

In South Africa De Bruto conducted a study in the Witrand Carea and Rehabilitation Centre. It was an interesting test where initially three random groups of children with some severe developmental delay were created. The first group received Tomatis-based auditory stimulation as well as sensory motor stimulation. The second group were given traditional music therapy and the same sensory stimulation, and the third group received none of the above.

Psychological tests included the Bailey Scales of Infant Development and a measure of responsiveness. The results indicated that both experimental groups showed an increase in mental age, but the group receiving Tomatis-based training scored significantly better. Whereas no significant differences were found in terms of general responsiveness, there was a statistical significant reduction of self-directed responses and an increase of more object-related responses in those children doing Tomatis. For more information on this and other studies visit www.tomatis.com.

Some French, Swiss and German schools have begun to use the Tomatis Listening Programme with funds from their respective Ministries of Education.